You will have an inconvenience because of a clogged drain, and the entire pipes may damage your home or office. If the proper measurements cannot take in time, the loss will become massive. A professional plumber can only handle this issue. Our company can address the exact location of the problem and recommend the perfect solution. For a better Clogged Drain Servicing without further inconvenience, you should place your work in the right hand. 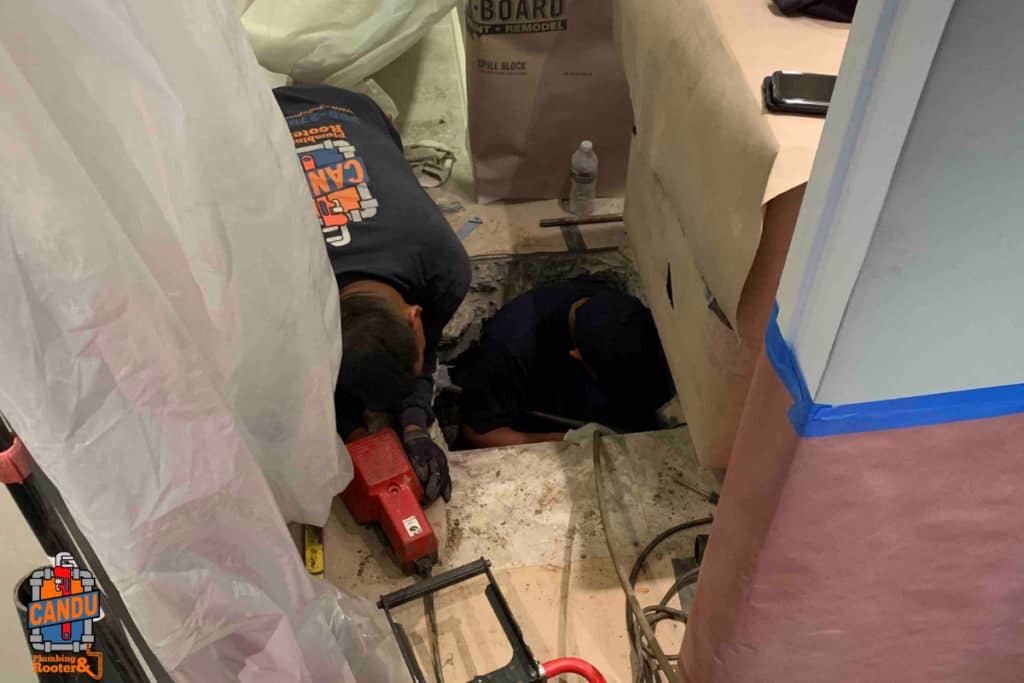 The Reasons for Clogged Drain Servicing

Clogged means the blockage that happens because of prohibited stuff putting in the line. In the kitchen, blockage causes are throwing foods and greases in the sink, which eventually jam the pipeline. Hair, plastic packs of shampoos, or other similar stuff cause blocking in the bathroom. Sometimes, the pipe started responding reverse that dirt and water started backed from a septic tank system because of excessive blockage.

The Signs of Drain Blockage

The first sign appears when the water doesn’t go quickly into the pipe or dirty water backing up from the line. If you can smell a strange redolence from the sink or toilet commode, you should take it as a sign of a clogged drain. A gurgling sound coming from the pipe is also considered a sign.

Undoubtedly, there are various ways to repair the blocked drain. After addressing the location of the problem, the method must be selected. Drain snaking is one of the ways of CANDU Plumbing & Rooter. However, after analyzing the types and sizes of drains, we decide how to repair the plumbing system. But one thing we can ensure you is that we have the best-clogged drain servicing in Canoga Park, CA.

Since modern technology has mainly improved, our company is not behind the facilities. The high-resolution cameras we use can provide pipeline video signals where the actual clogged problem is and how to repair them smoothly. We can also identify every minor issue such as leakage in your pipes, so indeed.

There are usually two types of machines for the plumbers. One is called a sectional drain cleaning system, and another is a drum machine. The sectional system uses cables that can capture seven to fifteen feet in length. These cables are placed like a couple and lead down to the clogged pipe. Drum machines feature a single line that is long and contained in a drum. Our plumbers will select which type of cable is appropriate for your job, and they will execute the method of drain cleaning.

Hydro Jetting generally refers to use a high flow of water pressure to clean the inside of pipes. It is an efficient process than some traditional ways. We offer Hydro Jetting in these areas.

After we have repaired the drain in your residents or office, make sure it doesn’t block again. Do not pour oil into the sink and stay away from throwing the foods or any solid items which won’t turn into the liquid quickly. It is not us who will benefit if you try to stop the blockage, it will be you who will earn benefit.

CALL US TODAY OR USE OUR ONLINE FORM TO SCHEDULE A PLUMBING SERVICE IN SAN FERNANDO VALLEY,CA, OR NEARBY!